What is the Net Promoter Score 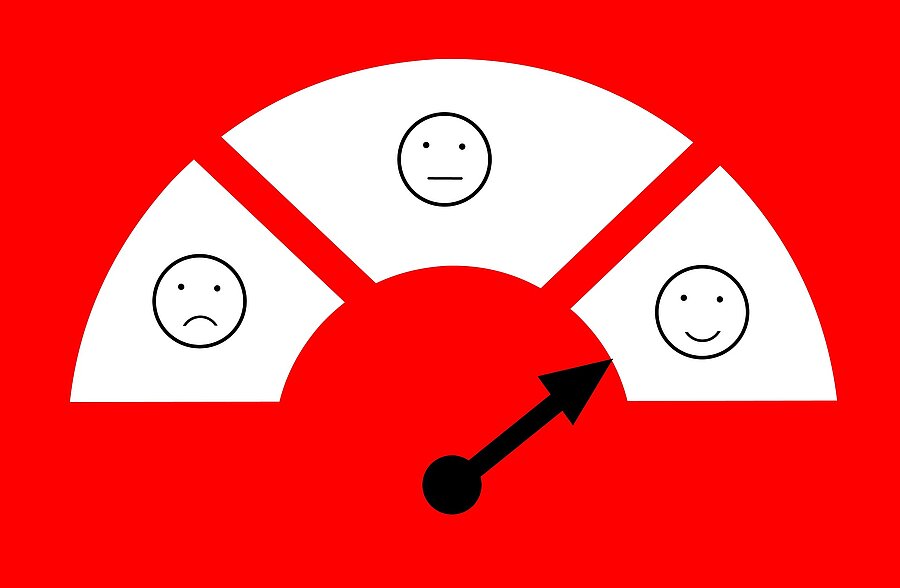 Among the traditional measures of Customer Satisfaction there is also the Net Promoter Score (NPS), a measure of customer loyalty.

What is the NPS for?

Created in 2003 by Fred Reichheld, author of "The Ultimate Question," the Net Promoter Score is an assessment of customer loyalty and the likelihood that they will return to doing business with the company or speak well to a friend. The study undertaken by the team of consultants had as its main objective that of reducing the lengthy market research on customer satisfaction, and obtaining a value that could in some way predict the company's growth curve.

How does it work?

The NPS is an indicator that measures the proportion of "promoters" of a product, brand or service, compared to "detractors". The number can range from -100 (all are detractors) to +100 (all are promoters). The NPS is based on a single question to be submitted to those who have used the service:

"With a score from 1 to 10 how much would you recommend this product / service / site to a friend or colleague?"

The responses provided by customers are classified as follows:

0-6 = Detractors: dissatisfied customers who could damage the brand through negative word of mouth.
7-8 = Passive: satisfied but indifferent customers, who could be influenced by the competition.
9-10 = Promoters: Loyal customers who will buy back the product and recommend it to other people.
The Net Promoter Score is calculated by subtracting the percentage of detractors from the percentage of promoters obtained. However, the result is not expressed in percentage points, but as an absolute number between -100 and + 100. Therefore, the formula is: NPS =% Promoters -% Detractors.

According to the creator Fred Reichheld in the US, on average, companies have NPS that is around + 5 / + 10, while the best ones are between +50 and +80. However, these are estimates that vary according to the sector, culture and even the country in which they are measured. In markets where there is more competition, especially in the consumer sector, leaders tend to have higher NPS scores, and all followers score lower. Amazon in the US, for example, has an NPS of +64, which indicates that there are far more promoters than detractors. Its level is higher and therefore constitutes an undoubted competitive advantage.

Pros and cons of the NPS

As for the positive factors, it is an easy-to-calculate index whose data collection is based on a single question. Even though it is most popular with B2C companies, it can still be calculated by B2B companies. Furthermore, it should not be underestimated that the NPS is based on the request for a direct opinion from the customer, which is (or should be) the focal point of a marketing strategy. It is possible to check the trend of the NPS over time (by carrying out cadenced analyzes), or by geographical area, by market segment and so on.

The NPS therefore has some great advantages:

Quick and easy. All it takes to determine this is a single question - and it's easy to calculate.
Quantifiable. Through a simple yardstick it is possible to evaluate the performance of a company. The NPS introduces common terminologies that are easy to understand for all.
Standardized. The NPS is widely recognized as a standard for measuring and improving customer loyalty and is trusted by brands such as American Express, Apple, GE, JetBlue and Kaiser Permanente.
Can be used as a benchmark. One of the most valuable advantages is the ability to see at what level a company is positioned compared to the competition.
Before implementing an NPS survey, it will also be good to examine its criticalities.

The NPS value is indeterminate and generic: not taking into account the diversity in terms of sectors and cultures, the NPS score presents some obscurities when used as a term of comparison between different companies.
The NPS survey does not intervene directly on the business: without a good action plan that follows it, the NPS survey is not helpful to the business.
It is therefore important not to consider the NPS as the final figure, but in the right context, and completed by some additional questions. Doing so can certainly turn into a very useful tool. However, a starting tool: the data obtained is used to understand what the next steps will be to take to improve the position of the brand.

To find out how to take care of your customers and retain them, rely on E-Business Consulting, a Digital Marketing company active since 2003. Contact us for a free, no-obligation quote.