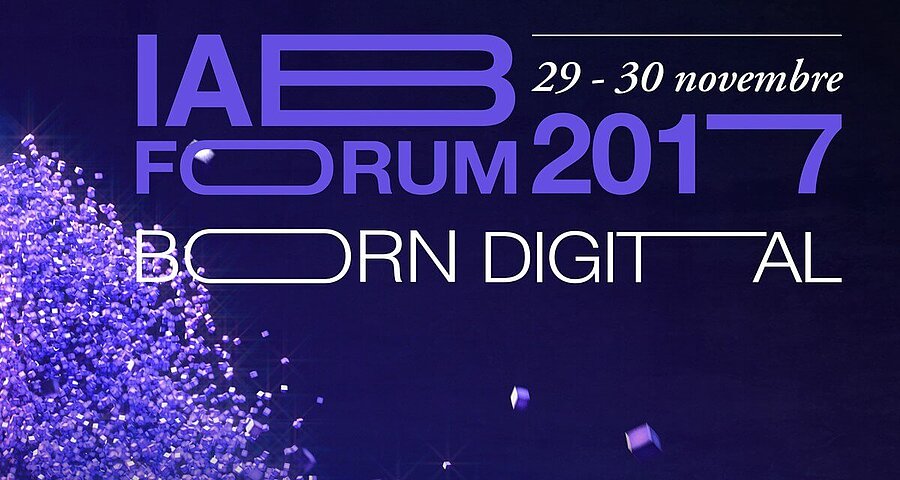 An analysis of the world of Digital Advertising in Italy

On 29 and 30 November 2017 at MiCo - Milano Congressi, the fifteenth edition of the IAB Forum took place, one of the most important events of digital communication and Digital Advertising. This year, they met real "luminaries" of matter, communication experts and managers of the most important Italian and European digital realities. The point has been made on the current situation, through interesting ideas and reflections on market trends, as well as on the new possibilities of experimenting with innovative strategic planning. There is a strong awareness that digital is making concrete improvements not only from the point of view of the tools available, but also and above all from the point of view of business culture. 2017, as well as 2016, has distinguished itself for the affirmation of video and mobile.

Digital Advertising recorded a growth of + 12%, reaching € 2.65 billion in advertising sales. In October 2017 there was a growth of + 17% compared to the same comparable period of 2016, whereas instead an increase of 15% was recorded compared to the previous year. The constant growth rate gives hope to the operators of the sector, but the continuous innovations and changes in purchasing behaviour by "prosumer", increasingly digital and proactive from the point of view of content creation, force operators to update continuously. The television market today has around 3.8 billion, which reflects on the current importance of the media. In addition, as now known also for non-professionals, the two big players Facebook and Google (flanked by other giants like Amazon) cover more than 70% of digital online advertising, in Italy they hold about ¾ of the advertising market on the internet.

Internet advertising is driven by the advertising display that is worth more than 1.6 billion euros and is growing by 17% compared to 2016. Taking a more in-depth analysis, we can see that the percentage of the use of banners is increasing by 4% while the investment in the video component shows a growth of 38%, and is one of the main factors of market growth.

The search advertising constantly grows a few percentage points, as well as for several years, reaching a 5%, touching 770 million euro and reiterating its identity as a real "hard core" in digital planning. The classified advertising, intended as the sale and purchase of ads, reaches 210 million euros and is up 7% compared to 2016. The native advertising component, in the components of the Widget Recommendation and In-feed Unit (social networks excluded), recorded an increase in + 27% compared to last year, worth about 40 million euros. Lastly, email marketing is located, which records a growth, albeit minimal, of + 3%. This growth in the sector was also driven by the social component, and contributed significantly to the development of the advertising market.

Furthermore, the Internet usage scenario updated in September 2017 provides us with important data to understand in which direction the digital audience market is heading and to which devices users are more targeted. In Italy, the Internet is available for 88% of the population between 11 and 74 years with 42.2 million Italians who could access the network via any device. More than half of the Italian digital population is today multi - platform. They access the network both via desktop and via mobile devices. The Italian market is getting closer and closer to markets such as the United States and the United Kingdom, where the multi - platform component is traditionally strong (63% and 56% respectively). But the weight of mobile - only, ie users accessing the network only via mobile devices, in Italy (27%) remains higher than in other countries, such as the United States (14%) and Great Britain (22%), but lower in Spain (31%) and Brazil (29%) and other markets where it reaches 60%.

The future of Digital Advertising is certainly facing a series of crucial challenges for the years to come. The use of furniture opens the door to new and innovative "funnels" and new possibilities from the point of view of the user experience, integrating new and personalized content for "web surfing". Companies must make sure that they understand and use all the Key Performance Indicators for a correct measurement of the communication flow, both before and after.

E-Business Consulting, a web agency specialized since 2003 in Digital Marketing, can better plan the Mobile Marketing and Video Advertising strategy for any type of business, providing its customers with decades of experience and expertise in a sector.