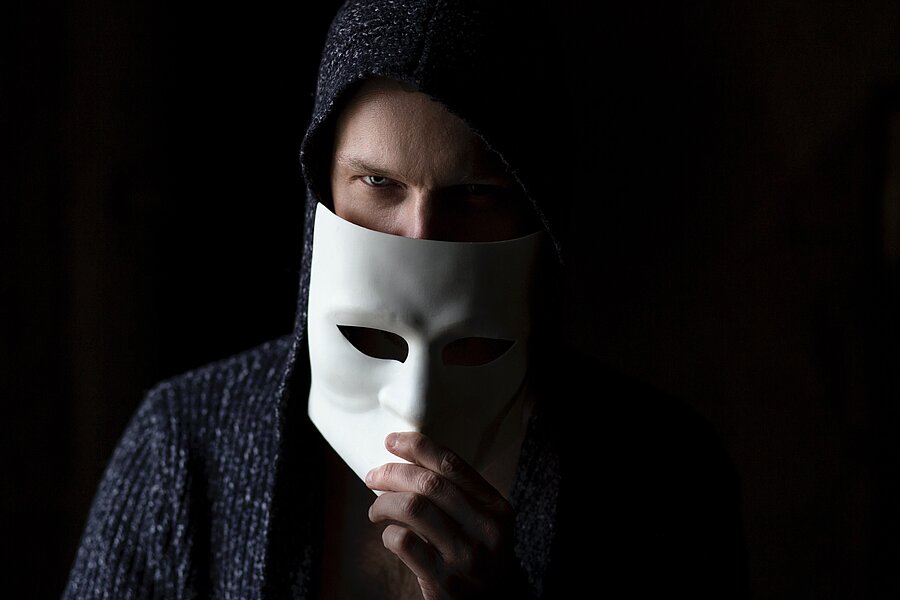 More and more widespread and more sophisticated. But what are fake profiles and how can you recognize them?

We are now used to, for example on Facebook, that we are asked for friendship by unknown users. Very often these are fake profiles (fake profiles) most of the time created automatically by bots (ie automatic software) that create hundreds and hundreds of fake profiles. The problem of the veracity of the information reported online is perhaps one of the most serious for the world as we know it today. Based on the information available online, credibility is often attributed, decisions are made, strategic choices are made. This problem assumes gigantic proportions and can be the basis of consequences that are not easily foreseeable when dealing with online identity.

This is not a new phenomenon, in fact for many years we have been talking about the fight against fake profiles, often created for "dirty" web marketing objectives or to spam, but sometimes also to engage real scams on the internet, or to do trolling (a troll is a "profile" that interacts with other users through absurd messages, completely out of context or simply provocative and irritating). Another of the most common phenomena is catfishing (from English "to fish", to fish) which represents the conduct of those who create a profile on social networks using a false identity. Instead of the real ones, photos and fake information are uploaded or "fished", in fact, from other people's profiles. Even those who create accounts with images and data of known people commit catfishing.

Linkedin is also not immune to fake profiles.

LinkedIn is the world reference point for professional profiles, so much so that it is now standard procedure for headhunters and companies to refer to them for their own needs. From this it follows that you often try to highlight all your best features, reciting in a low voice any flaws in your profile. The popular online professional network can become the receptacle for figures that go beyond the simple desire to show themselves at their best, and who falsify their profile for the most varied purposes. The first, obvious use, is to gain accreditation from potential customers or companies for which you are interested in working. A careless company or organization may be deceived by the alleged attendance at prestigious universities, or by the achievement of degrees never actually obtained. It is therefore once more appropriate to advise everyone to pay the utmost attention in verifying professional profiles online.

How to recognize, therefore, a fake profile in social networks?

As for Facebook and Instagram, the precautions are much more numerous, as there is a wide range of possible actions that do not concern only photos and videos.

If the profile arouses suspicion, you can save a photo or two on the Desktop and start a search on Google Images in order to verify the origin of the photos posted. In fact, it could be images already present on the web and downloaded to build the profile, which perhaps belong to public figures or ordinary people whose photos have been stolen to deceive third parties.

The bulletin board can also say a lot. A good number of personal posts suggest that the user is at least active, but if he were limited to the sporadic sharing of third party content, it could be a ghost profile. If then there are many writings on the bulletin board that say "thank you for your friendship", then there is a risk that it is an account that adds users massively.

Messaging is a great yardstick. If after accepting someone's friend request, we get messages with misspellings, different formats or strange accents, it is worth considering the idea that it is a fake profile or someone who is trying to fulfill the so-called phishing.

Finally, it is better to take a look at the type of follower. Who are the followers of that account? What kind of profiles do they have? It is also necessary to take a look at the profile name of those who interact with the alleged bot, paying attention to the possible use of special characters or evocative phrases in the nickname.

Faced with rampant disinformation, social networks should step up their efforts, overshadowing concerns about the compression of free speech and acknowledging the proliferation of fake accounts. Thanks to the use of detection algorithms, the creation of fake accounts is blocked, already in the registration phase, so as to immediately prevent access to the social platform. Additional accounts can be deleted following reports sent directly by users urged to actively collaborate in identifying fake accounts. Despite this, social networks still have a lot of difficulty in identifying fake accounts. A practical example is also found at home at E-Business Consulting: many professional profiles around the world have included our agency as their current workplace without being part of it. The problem has been reported to Linkedin several times but without any feedback on it, those people still appear as employees of the agency.

We at E-Business Consulting follow you in the management of your Social Advertising campaign and build Social Media Marketing plans in line with your interests. In addition, we offer customized training courses to meet every need. Contact us for a free no obligation quote.