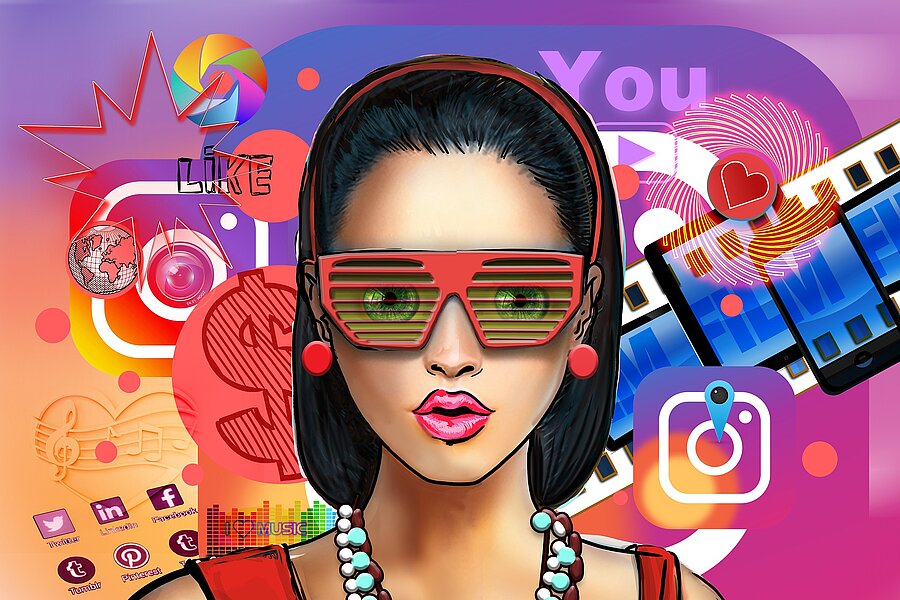 As with any self-respecting year-end, it's time to take stock. Here then we are talking about reports, but also about social media forecasts for the new year.

For 2023, the forecast is to have a tool, understood more and more as a means of interaction between brands and users, which returns the most personalized user experience.

In 2022 almost 4 billion connected users. Practically 2 and a half hours spent by each user browsing social networks. Generational segmentation, then, tells us the audience we will find predominantly on one or another channel: Gen Z and Milliennals use social media every day, followed by Baby Boomers and Gen X. In general, the more you go up with age personal data, the more time spent on social networks decreases.

To this we can certainly add that more women spend their time online than the male gender.

Some news in 2022: protagonist videos and reels

The evolution of an instrument is also based on the innovations it is able to offer to the public. If social media remained the same year after year on the features front, it probably would have been long forgotten by now.

A small overview of what were the new features in the social field in 2022.

For Instagram, Reels, introduced almost as a game, are now one of the main features. They have been lengthened to 90 seconds, thus extending the tool to those who need to create, for example, video tutorials.

On the subject of "video content", it has introduced the possibility of generating automatic subtitles, a feature already present on Facebook and which certainly makes it easier to use. Finally, it has extended the tag option to products and brands in a more effective way.

Also for Facebook the word Reel was the protagonist of the 2022 evolutions, bringing the functionality much closer to the type of Youtube video: with a monetization plan for producers called "Stars on Reels", all connected to its metaverse in which avatars have gained functionality (and clothes!).

Twitter, recently acquired, is thinking (currently active only in the USA) of a paid plan called Twitter Blue, in which participating companies, against a monthly fee, will have dedicated support and exclusive features such as unpublishing the Tweet within 30 seconds. The modification of the Tweet remains, however, in 2022, one of the novelties, as well as the possibility for tagged people to remove their tag in situations they do not consider suitable.

Finally, Linkedin rides the wave of remote conversations and makes live videos of presentations or conferences available to users, breaking down the physical barriers between brands and the public. It introduces Stories, clearly to be used to launch products or services, give information from a brand, announce the opening of hiring, not to showcase your chubby kitten. Lastly: the rise of polls.

The 2023 predictions for the Social Media's world

2023 could definitively be the year of "all things digital" with social media which, necessarily, will have to provide immersive content for the user and as personalized as possible, 56% of users have chosen a particular brand or product because they felt particularly and directly involved.

In 2022 there was a lot of talk about the metaverse with the Meta case of Facebook. We could say that we are only at the beginning. Social networks will move into the hands of the user who will seek multisensory experiences online, through augmented reality tools and direct communication with brands through this channel.

Chatbots will be smarter, not only will they be able to answer the so-called FAQs, but they will be able to make more complex reasoning, thus taking us into the era of "intuitive chatbots".

Chatbots are linked to a strong importance for customer care which must necessarily be the added value of the brands. If the consumer feels listened to, he will continue to trust that brand blindly.

As for the specific platforms, instead:

E-Business Consulting, a digital marketing agency active since 2003, deals with marketing and communication at 360°. By building customized Editorial Plans we help you improve your presence on social media and more. Contact us for a free quote.