The first social war in history 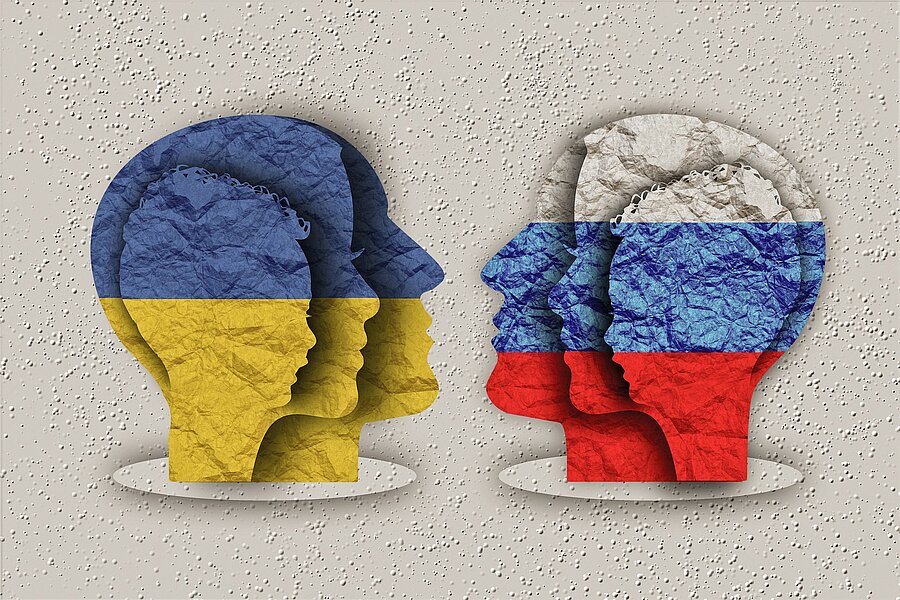 The Russia-Ukraine war has also been called "social war" as social media are the main source of information, dissemination and expression.

Not to be confused with the Arab Spring, which used social media to organize events and meetings, limiting everything to Facebook. The role of social media, this time, is very far from everything that has been known to date and above all it is powered by a multitude of channels.

At the head of this social revolution is the desire to make platforms become a political/social tool: in recent years we have witnessed social mobilization phenomena such as #BlackLivesMatter and #FridaysforFuture. All issues that have had global media coverage. In the last two years, the social TikTok has also been added to the rise of political tool (as has happened above all for Instagram but also for Twitter and Facebook). And it is precisely the Chinese social network that, since the outbreak of the war between Ukraine and Russia on February 24, 2022, has been a fundamental source of information, providing thousands of videos that informed about what was happening on the battlefield in real time. For this reason, in addition to the terms coined to emphasize the complexity of the conflict, neologisms such as cyberwar, in reference to cyber attacks, and infowar, in reference to the propaganda shots of the two fronts, we can speak to all intents and purposes of social war.

As it was for the tragic period of the pandemic, in fact, we have a constant chronicle of this war, perhaps less perceptible than the commentaries or commentaries entrusted to traditional media, but certainly never seen for the other conflicts, still present today in other areas of the world.

The battle today is also won by entrusting the constant register of news, videos, images and even our opinions and emotions on a global scale to the algorithms of the relevance of social posts.

Tik Tok: the most used platform in the social war

The social war creates an unprecedented factor of "engagement" of the conflict on a global scale, a war chronicle that is omnipresent in the feeds. Thousands of Ukrainian boys share numerous videos on TikTok of the bombs falling on Kyiv, of the tanks entering the city. The social media is literally taking the place of journalists and reporters to document and show the world what is happening in Ukraine. Finding out about the war on this platform is much faster, even if there is no shortage of fake news. The social network travels at an astonishing speed, so users must be careful to distinguish what is real from what is purely virtual and therefore built.

It is difficult, in the chaos of war, to distinguish reality, fiction and propaganda. The same technical conformation of TikTok induces a sort of information fallacy: a potentially infinite flow of short, captivating but not particularly accurate contents, in which not only the videos of the profiles that have been decided to follow appear, but everything that The platform's algorithm identifies how interesting it is for the user. Someone jokes that the algorithm is so precise that it seems to read minds: in reality it more simply records how long the user watches individual videos, which ones he likes and which ones he shares with his contacts, with the aim of proposing content that catch the maximum attention, to keep them on the platform as long as possible. With the outbreak of the war, public attention is on Ukraine, to the point that the algorithm is eventually fetching videos published months ago or portraying other wars to satisfy users' content desires.

Between February 20 and February 28 alone, video views tagged with #Ukraine went from 6.4 billion to 17.1 billion, which means 928,000 views per minute. As of March 3, it had already grown to 22.5 billion. Considering that, according to data dating back to summer 2020, over 28 million Russians are enrolled in the application, there are those who hope that the application will be useful in making the Ukrainian situation known also in Russia, where the government prevents the media to use the words "attack", "invasion" or "war" to describe what is happening.

Despite the setting of TikTok is that of an apolitical and carefree space, and despite the random and non-chronological order in which the contents are presented does not favor current issues at all, on the platform the videos of the fires in Australia, Israeli violence in Palestine, the attack on the US Capitol. TikTok is filled with activism videos, analysis and commentary on current events, as well as disinformation and propaganda. The Taliban reconquest of Afghanistan in August 2021 also created serious content moderation problems for tech companies.

The success of TikTok depends on both how visual it is and how instant it is: it is capable of capturing the world with an immediacy that other platforms cannot match. If Facebook is heavy, Instagram is curated, and YouTube requires a load of equipment and editing time, TikTok is fast, smooth, and effective. The type of video platform that can shape the perception of how a conflict is unfolding.

Documentation on social media has a limited and short duration, due to the nature of the medium it is voluntarily ephemeral but in the consumer it can create a more immediate and engaging experience of a situation that is taking place live. Given these considerations, it is now certain that we are witnessing the "First Social War". A war fought, not only with traditional armies and war technology, but through applications, social networks, mass media.

If you are looking to stay up to date with the latest social media news and best business practices, contact E-Business Consulting, a digital marketing agency active since 2003, and request a free quote!