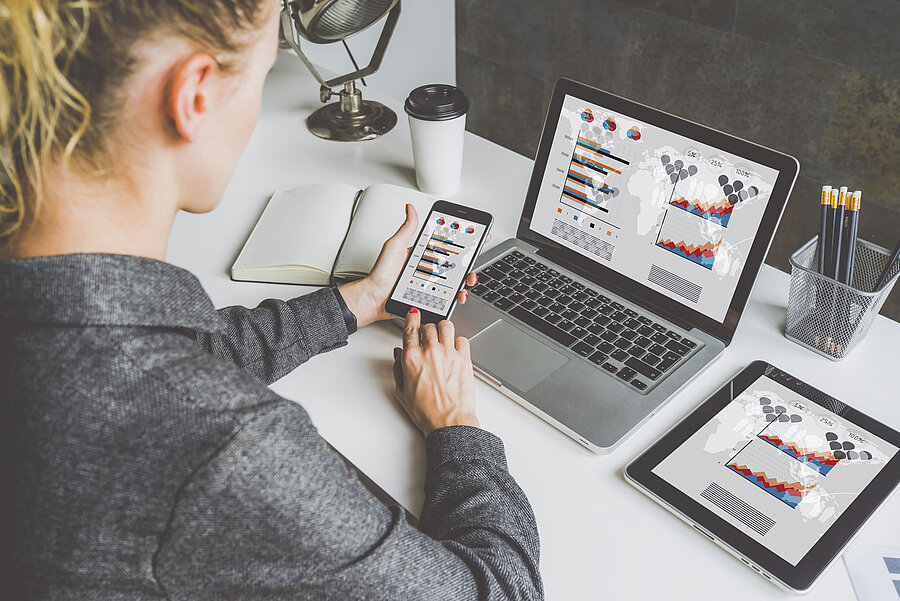 Audiweb 2.0 data on PC and mobile Internet users are available for November 2022 in Italy

Below we will talk about the Audiweb Database planning tape by analyzing the total data of internet use referring to the month of November 2022, collected according to the Audiweb 2.0 methodology. adapted to the new cookieless scenario and compared it with previous months’ data.

In November, internet users from Computers or Mobile (Smartphones and Tablets) reached 43,8 million unique users, equal to 74,8% of Italians aged 2 and over. 91,5% of the population surfed from Mobile - Smartphone and / or Tablet -, a percentage that remains the same compared to October 2022 surveys.

Analyzing the data per average day in November, the total registered audience was 36,7 million unique users divided as follows: 34,2 million users surfed from Mobile, then Smartphones and Tablet, (equal to 80% of Italians aged 18-74) while 11,8 million users were online from computers (equal to 20,2% of Italians aged 2 and over). Online time per person on an average day was around 2 hours and 42 minutes.

The figure recorded a slight increase on an average day compared to the previous month, with slight differences dictated by age and lifestyle. In general, the total digital audience saw online 64,6% of men (18,4 million) and 60,7% of women (18,3 million).

Data based on geographical origin

Focusing on the use of online on the average day of November based on the different geographical areas, also in this case there was a slight increase in values ​​compared to the previous month. Specifically, 65,5% of the population of the Northwest (10,3 million), 63,3% of the population of the Northeast (about 7,3 million), 63,9% of the Central area were online (7,5 million) and 59,2% of the South and Islands area (11,7 million).

Going into the details of the time spent depending on the gender and in the different age groups, we can see that men spent an average of 2 hours and 33 minutes online on an average day, therefore four minutes more than in the previous month, while women 2 hours and 50 minutes.

E-Business Consulting, a company specializing in digital marketing, specializes in creating effective Mobile Marketing strategies for all types of businesses to intercept online users. The planning begins with the creation of graphic material in Responsive format, to ensure its use by mobile users and ends with the analysis of the results resulting from the continuous monitoring of the campaign.