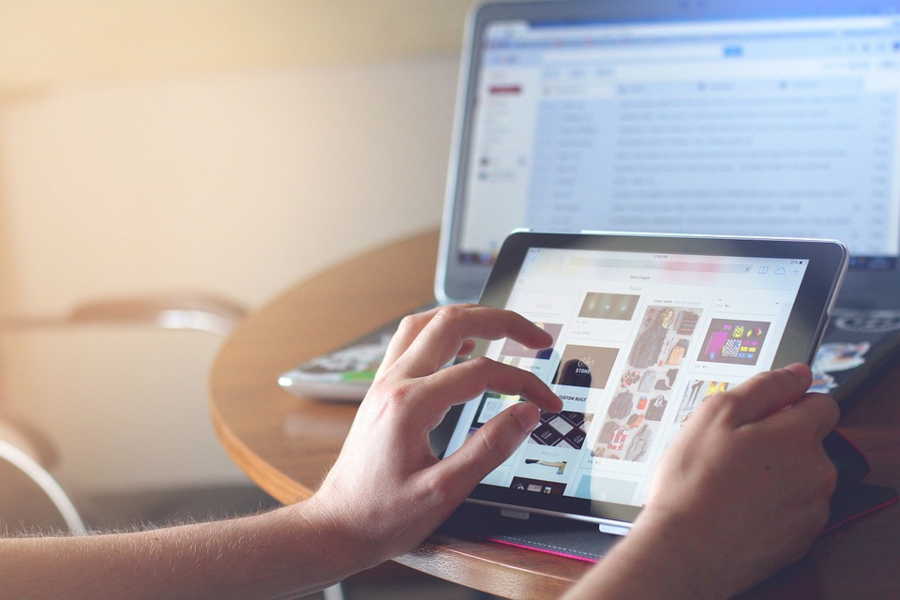 A look into the present and the future of internet advertising in Italy. Wondering between Brand Safety and Data Protection and talking about new trends.

The Internet media market (advertising and payment) in Italy is growing visibly. In 2017 it rose by 14% compared to the previous year, reaching a value of 2.68 billion euros and is making more than one/third in the entire Italian advertising market that is investing is divided as follows: Television 78%, Internet 34%, Print 13%, Radio 5%. In particular, the internet media, are crushing the press component that in the last year has recorded a major decline: -6%. Furthermore, the first results of 2018 suggest that the growth of internet media will be very similar to that, and It will probably reach a market value of 3 billion euros.

The media market, and in particular the internet media market, is very concentrated and within it there are few actors, called Over The Top (OTT), which hold over 71% of the shares, becoming the first responsible for the growth of the sector. Today, in the Italian scenario and, in most cases, even abroad, the main players are Google (which includes in addition to the search engine other services such as YouTube, AdSense etc.) and Facebook (also owner of the social platform Instagram) followed by the colossus Amazon.

According to the latest statistics, the OTT will continue to grow also in the course of 2018, probably reaching the threshold of 75% of investments by the end of the year. To achieve this goals, some players have been the forefront of techniques and strategies that are now used also by the small activity, and have continued to invest in research and development.

In this salient moment for the advancement of Internet advertising prospects, it is very important to focus on issues that currently remain outside any kind of standard but which are part of this development. Firstly, a very hot and sensitive topic in the big data theme that continues to be the subject of many reflections: the Media Transparency. This topic is about the measurements branch because here were collected a large part of the data in circulation. The largest advertising investors in Italy have adopted internal rules to regularize certain areas, such as identifying and defining contexts in which their advertisements may or may not be conveyed; or a careful evaluation of suppliers, also through trial-and-error test, to prevent fraudulent traffic; or the use of Blockchain systems for the validation of impressions, interactions and transactions.

The OTTs always propose new challenges in the world of Internet advertising that the different actors must be able to perceive, interpret and adapt to their situations, because are ideas for development for the following years. First of all, They recommend a conscious approach to measurements, using diversified metrics and indicators for a more uniform assessment of performance and therefore a more informed budget calibration. To deal with phenomena such as AdBlock (which has not yet significantly impacted but which could be a major obstacle, especially after the introduction of the new privacy rules) with Native Advertising, which is spreading year after year, coming to represent 57% of the Internet advertising market. This is a communication technique, integrated within the contents already present in the pages and which does not represent an interruption to user activity. The digital market will also be able to grow thanks to new media such as Addressable TV, with the creation of customized advertising content in the Smart TV and therefore the possibility of profiling the TV user. Another increasingly format is the digital audio, thanks to music streaming platforms and smart speakers (in the US, 15% of families have a smart speaker at home). Finally, a growing trend is the Programmatic Advertising market that in Italy is worth 409 million euros with an increase of +30% from 2016 to 2017. The sales of online advertising space different to the classic banner is a consolidated phenomenon that will probably grow again in 2018.

In conclusion, we are facing an ever-changing online market, which in the last year saw the advance of the Display Advertising +18%, Search Advertising +8%, Classified Advertising +7%, Email Advrtising +3%. We have the entry of new devices, such as smart TV and smart speakers, and the increasingly strong rise of the smartphone (41%) that has almost reached the percentage of views from the PC (54%). The change in the content media market sales through the Internet in which we find 61% of subscription videos, followed by music with 20% subscription and lastly on Opens external link in new window line news with 19%.

E-Business Consulting srl is the perfect partner and support for the creation of online communication campaigns. At the forefront and constantly updated, it offers services in the fields of Email Marketing, Mobile Marketing, Programmatic Advertising, AdWords campaigns on the Display network or Search network with the possibility of activating Video campaigns.