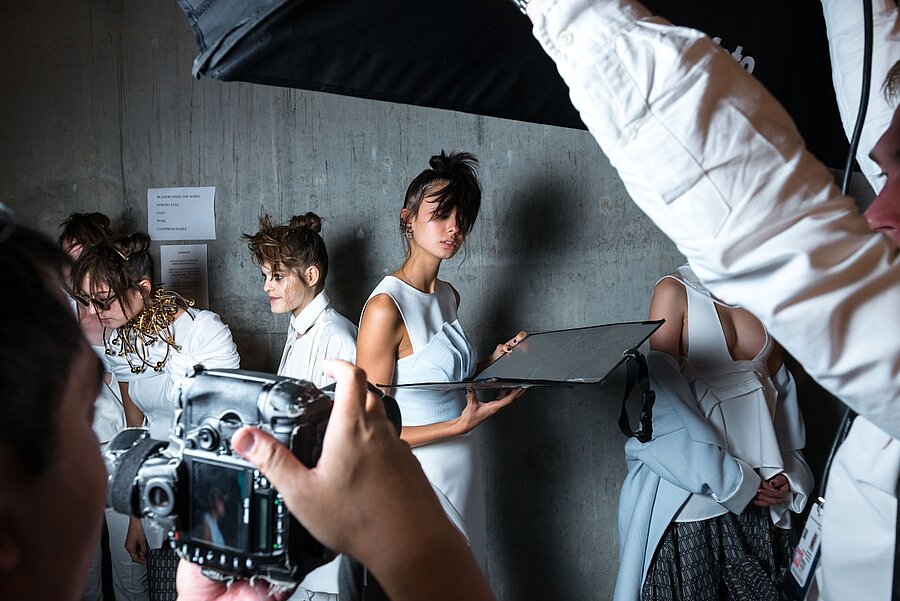 The most important event of Italian fashion: the Milan Fashion Week - Fall / Winter 2020. This event, from 18th to 24th of February, have populated the streets of the city of journalists, influencers, fashion designers and many onlookers from all over the world.

Unfortunately, the events and after parties ended a little in the background due to the security measures adopted by the Lombardy Region to counter the Coronavirus. However, this did not appease fans, who had the opportunity to view the fashion shows, via live streaming on the social pages of fashion houses.

This is precisely the topic that we will talk about: the mutual impact between the main social networks and an event with a global resonance and the strategies implemented by the brands of the National Chamber of Italian Fashion to emerge.

The social network that has certainly collect the most of content sharing is Instagram, a platform dedicated to image, vanity and consequently that has become fertile ground for the fashion universe. Instagram is the social with almost 92% of the interactions, excluding IG story, FB story and TikTok because the missed opportunity of downloading data (Source: Blogmeter Suits). The contents mainly posted by users were the show outfits and the behind the scenes: the strength of this social is in fact the ability to immortalize live what traditional media are unable to show in real time.

In second place, for the production of messages related to the event, we find Twitter that although in Italy it is little considered if not as a source of information and culture, in the rest of the world it remains a very versatile social platform. In particular, a very active Asian fan base emerged during the event.

Last but not least, is a new entry in the fashion week: Tik Tok, used by some brands to share content or to intercept prominent figures followed by Generation Z. (If you want to know better the functionalities and secrets of TikTok, read our article here).

Let's proceed with a short list of the most influential brands, according to different parameters, and the strategies they use to win these awards:

There would still be numerous considerations and content to analyze, but let's say that the trend of this Milan Fashion Week 2020 are definitely influencers and celebrities. Brands increasingly rely on prominent personalities to create rumors and interest in their products and spread the brand's status.

However, it is essential to remember that followers and likes do not make happiness, since behind each choice there is a strategy and an in-depth analysis of the mission to be transmitted. E-Business Consulting, operating in the digital world since 2003, can assist you in the first phase of Digital Audit and then go on to structure a Positioning of your brand. The next step? Social Network management and optimization.