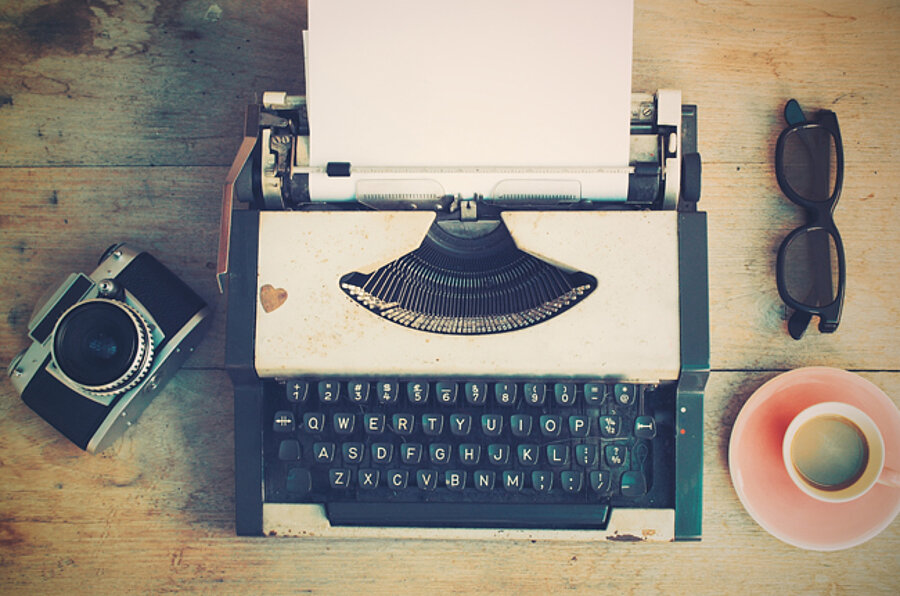 Numerous studies show that the choice of one font over another, allows you to prefer and appreciate more written content.

A valid text must be primarily understandable and readable, so before images, text formatting, and colors, there is the choice of the font.

The anatomy of a font is composed of individual letters, which in turn originate a word. It consists of the combination of black(strokes) and white (counterforms).
Precisely the succession of forms and counter-forms marks the rhythm of words. The harmony of words is therefore given by the interlocking of blacks with whites and vice versa. The perception of our retina in fact is sensitive in the distinction with respect to the horizontal and vertical thickness of the characters of a font, giving the spacing and the position of the traits added to the height, a great importance in making a letter and then a font easier to read.

Writing, fonts and fonts are perceived by the eye and used by the author as the game of chiaroscuro of Caravaggio’s paintings: writing is art and the visual aspect in writing is a fundamental factor if you want to know which font is easier to read.

Over time, the focus on the use of fonts has led to an in-depth study regarding the relationship between neuroscience and fonts. One of the first researches dates back to 2008 when a team of psychologists, scientists and typographers at the Australian University RMIT created the font Sans Forgetica.

Starting from the doubt about the most suitable font to communicate, according to scientists the Sans Forgetica, it would be difficult to forget (hence Forgetica).

Other neuroscience studies associated with neuromarketing have argued that there is a link between the font and the psychology of the reader.

Some fonts would have the ability to stimulate creativity or different emotions based on their use or reading, which determine visual associations and then different mental, stimulating a serious, light, playful approach to the text, before even reading it.

In general, neuroscience studies prior to being applied to marketing have been based on the concrete need to make texts accessible and inclusive.

The parameters to know if a text is more or less accessible are three: emotion, function and technique.

The more emotions a text evokes, the more likely it will become memorable and thus prove to be functional to the understanding and initial goal of the message.

It is also demonstrable how, depending on the subject and the area covered by the text, one font should be preferred over another.

If you are writing for a paper newspaper or an online newspaper the most used fonts for their readability and simplicity are Arial and Times New Roman.

Instead, if you write for a scientific journal, the fonts recommended are Verdana and Baskeville, unlike for advertising messages, banners or brochures where the most used font is Helvetica.

There are some key rules to follow to make a font easier to read:

Have a clear difference between uppercase and ascending characters, calculating the right spacing between the letters.

Avoid the "impostor effect", that is avoid fonts that in their uppercase version create confusion as in the case of uppercase I and lowercase L.

Avoid the mirroring effect, that is to say the use of some letters that if flipped can be confused because similar as b and d or p and q.

Every single letter and then a word, is transformed into a content that must be able to inspire, arouse emotions and have a second life and its own function, to move the thought of people and conquer them.

E-business Consulting is a marketing agency active since 2003 to provide support and advice for all lead generation, gamification, CRM and customer loyalty activities. Contact us for a free quote.