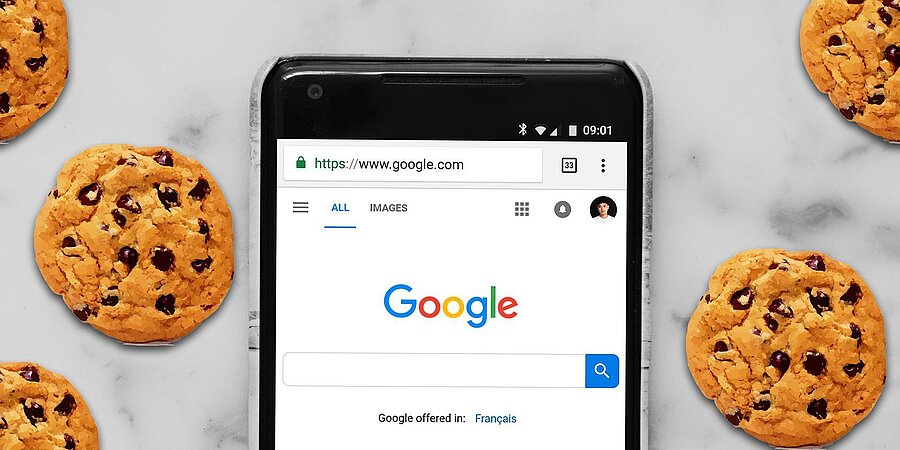 Google will postpone its project for the blocking of third-party cookies, namely the removal of technologies to track browsing habits on the web.

According to the new roadmap, Google Chrome will no longer support third-part cookies from the end of 2023, officially moving the way to their gradual elimination from January 2022 until mid 2023, to complete the disposal process by the end of the same year.

Underlying the decision - which comes a few days after the announcement of a new antitrust investigation by the EU Commission on potential anti-competitive practices of Google on the advertising front- there is a need for further verification and work in close contact with regulatory authorities and the web, in the development of new technologies that will replace third-party cookies in the field of online advertising, in particular the package of solutions called Privacy Sandbox.

The new solution was announced following the protest from the advertising industry, which highlighted how Google - through Chrome - still owned most of the market with the elimination of this tool without proposing a viable alternative for others. This solution would be detrimental to the entire industry.

In addition, Google, collecting the majority of Internet users would not have been affected by the change, having absolutely no need of third-party cookies to know the users and to offer them targeted advertising.

The company, in fact, explained in a press release, that the postponement will give you more time to reassure publishers, the advertising industry and regulators about the new technologies that it is developing and testing, to allow targeted advertising.

"Although there has been considerable progress in this project, it has become clear that more time is needed throughout the ecosystem to do things right» he added "to have adequate time to devote to public debate on what will be the right solutions, a continuous commitment with the regulatory authorities, and the right conditions to allow the advertising industry and publishers, or sites that host ads, to migrate their services".

This process will, however, be preceded by a transitional period called "phase 1" which will begin at the end of 2022, once the trial period already in place has ended.

During phase 1 the new technologies developed by Google and in particular those of Privacy Sandbox, will be launched on a large scale on Chrome, thus allowing you to be available on the web to allow publishers and advertising investors the time to migrate their services and provide feedback.

E-Business Consulting, a marketing agency since 2003, can help you find out which digital strategies and advertising solutions are best suited to your business, from mobile marketing, to social media marketing and much more. Do not hesitate to contact us for a free consultation.